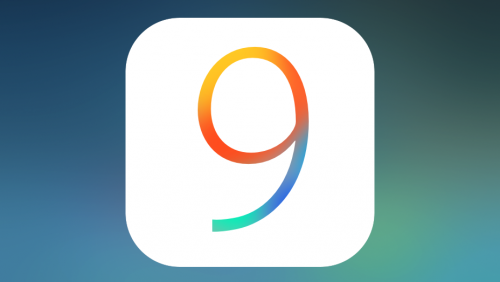 Apple just announce that All iOS App must use iPv6 begin Early 2016. This year Apple announce that iOS 9 support iPv6 during WWDC event, a lot of people know that the amount iPv4 is not enough for people now, but iPv4 still a ip version that people used to it, and still hold the highest usage. And usually what Apple do is that after they announce the specific day for the new rule to apply, they will reject all the App summit to App Store! If you are a App Developer, better start merge now! 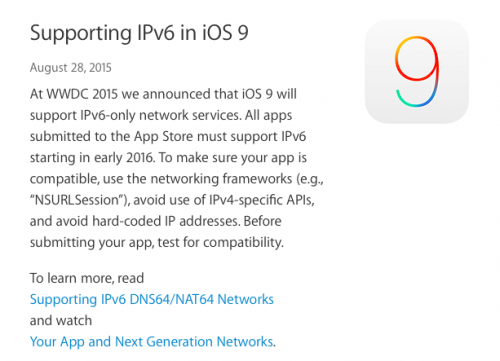